Robert Brinkerhoff, Professor of Illustration and Dean of Fine Arts at the Rhode Island School of Design (RISD), has embarked on what he calls “an ambitious undertaking, to say the least“: he proposes to illustrate the Comedy in 100 canto-by-canto drawings. The Inferno illustrations will be completed in December 2017, with Purgatorio and Paradiso projected for a future date. In January 2017, he began blogging the Inferno illustrations on his personal blog Brinkerhoff Brimmeth Over. 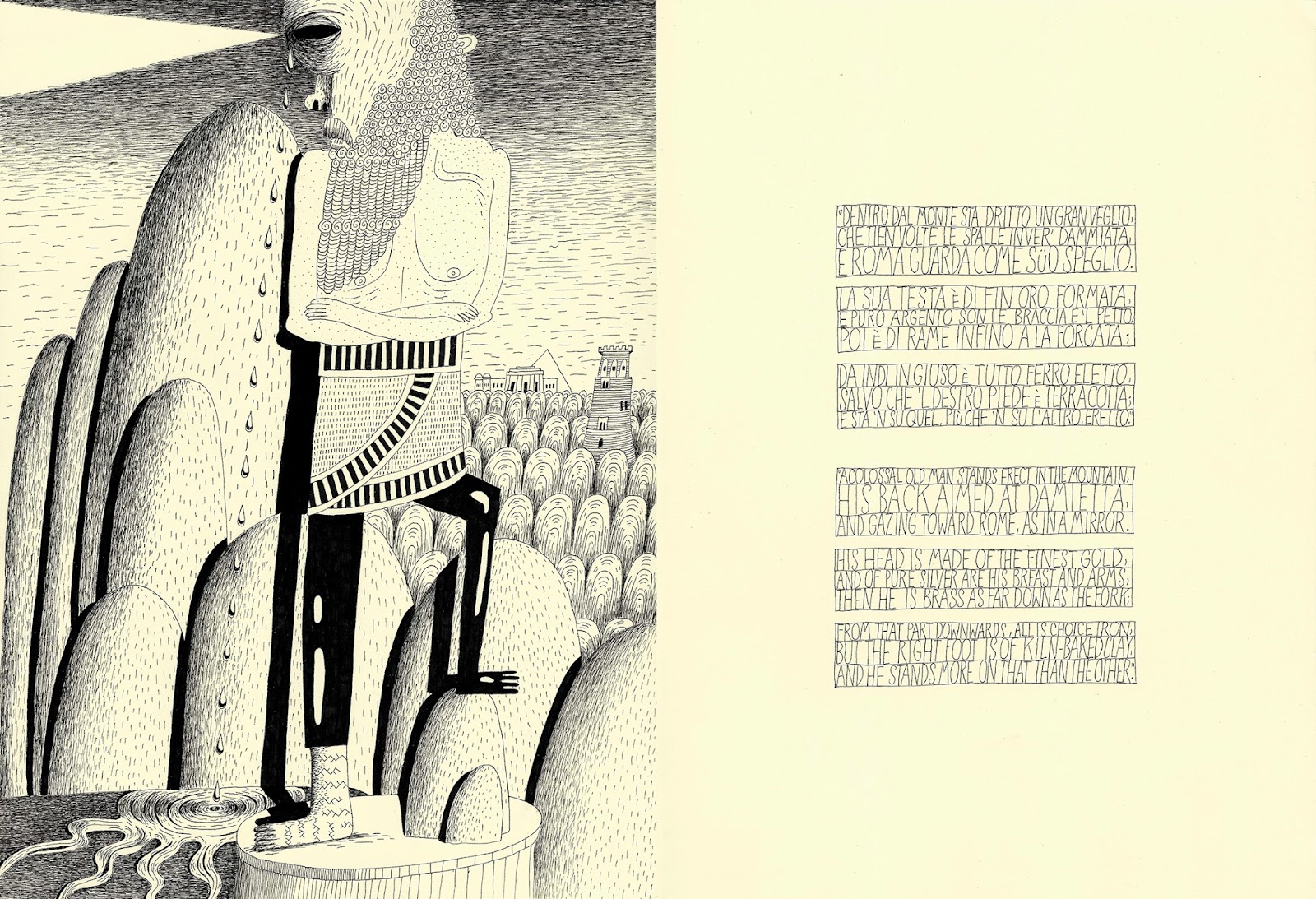 Of the project, he writes, “Most of us read L’Inferno in high school or freshman lit classes in college, and its pulpy, phantasmal imagery appeals universally to youthful sensibilities. I last encountered L’Inferno (sans the rest of the poem) at age 19, my mind mired in newfound pleasures of freely available sex and beer and (finally, after 12 years of public school in which art class was shoved to the periphery) full-time dedication to art making. But in middle age I suspect the poem resonates more profoundly as it mirrors the preoccupations of people (like myself) whose paths in life are pondered with affection, regret, lost love, resentment and a desire to clarify, once and for all, the rest of the journey. Pick up Dante at age 50 and it will be a different literary experience. Spend many hours translating and drawing its tercets of terza rima and you’ll realize how much you have in common with a 14th century poet, despite the hundreds of years and linguistic traditions that separate you.” — Robert Brinkerhoff, “Introduction to Inferno: Una Selva Oscura,” Brinkerhoff Brimmeth Over, January 18, 2017

See his Divine Comedy images and follow the updates on his blog.