AustinVilla is now undefeated after two games after beating CMU in the most recent pool play game. Footage of that game will be up later tonight, along with the rest of the Bowdoin videos.

Nailbiting game just finished. CMU scored on us in the second half, and then kicked the ball into their own goal, giving us the tie. A few of our robots could not see the ball due to some problem with the camera; we will try to fix this before our next game.

The 10 am match between AustinVill and the UPennalizers concluded earlier this morning. Video of the match will be up later tonight (shot in hi-def, to boot!)

Currently it’s half time in the Bowdoin-CMU match, tied at 0-0. We have had our robot’s head pop off twice in the first half after taking some hard spills… video of that will definitely be up later as well. 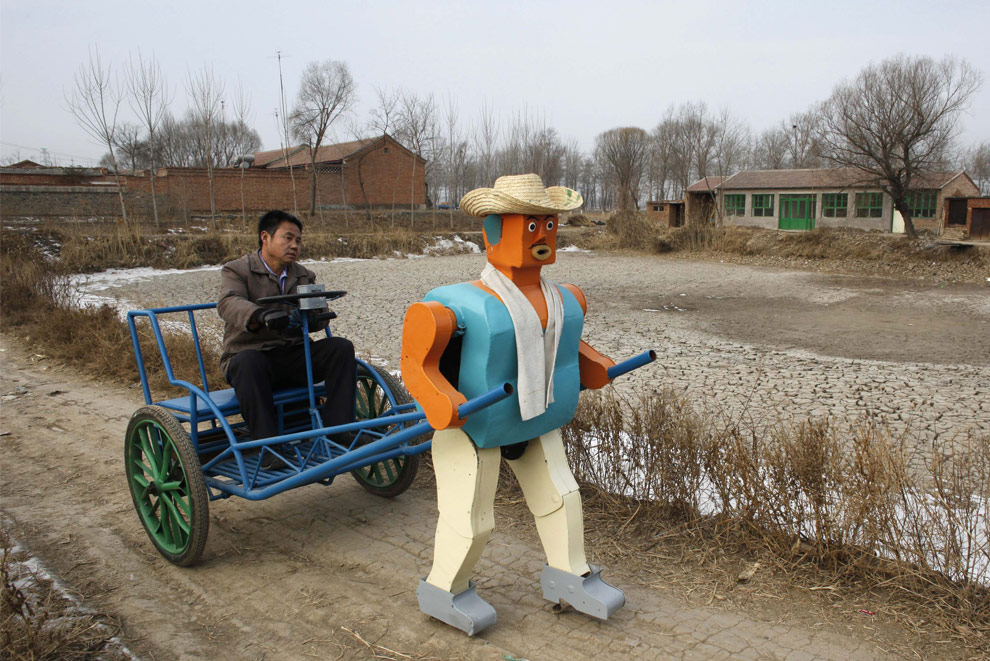 Farmer Wu Yulu drives his rickshaw pulled by a his self-made walking robot near his home in a village at the outskirts of Beijing January 8, 2009. This robot is the latest and largest development of hobby inventor Wu, who started to build robots in 1986, made of wire, metal, screws and nails found in rubbish sites. (REUTERS/Reinhard Krause) #

Some great pictures of different robots from around the world are available here.

For those of you interested in how sprawling this project has become:

That’s a lot of lines of code. I found a bunch of pictures from US Open ’08 and RoboCup ’08 that have not been uploaded. Here’s the best one I’ve seen so far. More to come.